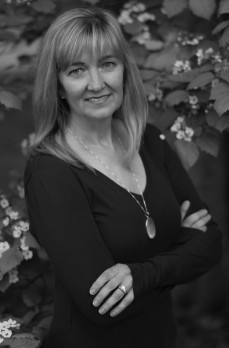 Kim Strickland wanted to be a writer for as long she can remember, finishing her first novel, Sundance, at the ripe old age of twelve. She boldly sent it off to The Knopf Publishing Company, where a kind young editor gently let her down.

She saw her first literary rejection as a sign she should become an airline pilot. (Obvious, right?) Her thinking was she would need a day job until her writing career took-off (sorry). So, after high school she went to the University of Illinois to start flight training. With a degree in Journalism, a minor in English and her flying courses complete, Kim was excited to begin her first real post-graduate job—tending bar at Murphy’s Pub.

Soon afterward, however, she earned more gainful employment as a flight instructor at the University of Illinois Institute of Aviation and began building her flight hours. Several years and airline uniforms later, Kim landed (sorry) at a major airline in 1990. It wasn’t long thereafter that she returned to her fiction writing in earnest. Her plan had come together.

Kim’s first novel, Wish Club, was released by Crown books, a division of Random House, in June of 2007 and her second novel, Down at the Golden Coin, was released by Eckhartz Press in 2012. She is currently at work on her third novel and, along with every cab driver in LA, has completed several screenplays.

When she is not being a mom or writing, Kim is a Boeing 767 Captain for a major airline, jetting off mostly to Europe and a few other destinations—all equally wonderful in that, while she is there, she usually gets to eat an entire meal sitting down.